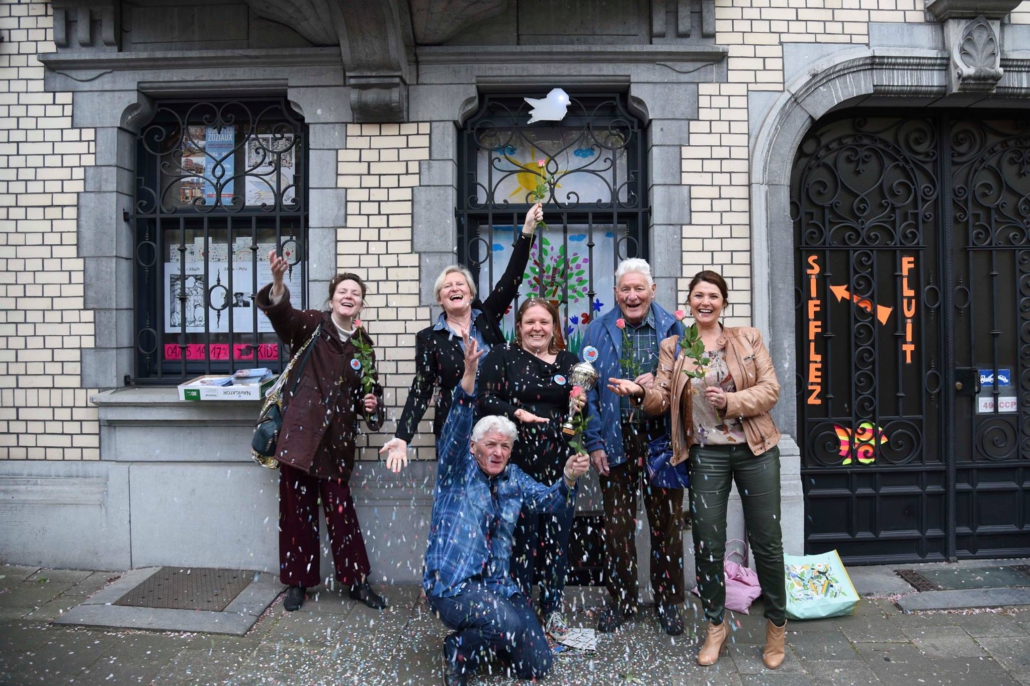 A network of interactive whistling sparrows triggered the build-up of local community networks in Schaerbeek, Brussels. A sparrow playfully lights up when someone whistles in the vicinity and a point is added to an online score-board. Four such sparrows were handed over to four groups of citizens, which competed for the highest score and the warmest neighborhood initiatives for the duration of a month. The project was meant to trigger appropriation by the citizens: it was not about the whistling in itself, but the activities that made the game socially alive. Plentiful of meetups, neighborhood parties, colorful DIY craft activities, performances, etc. happened and people whistled a staggering 192.000 times.